Charles and Ray Eames created designs with a mission to make world a better place. Now let's take a ride down memory lane of the successful husband-and-wife duo. 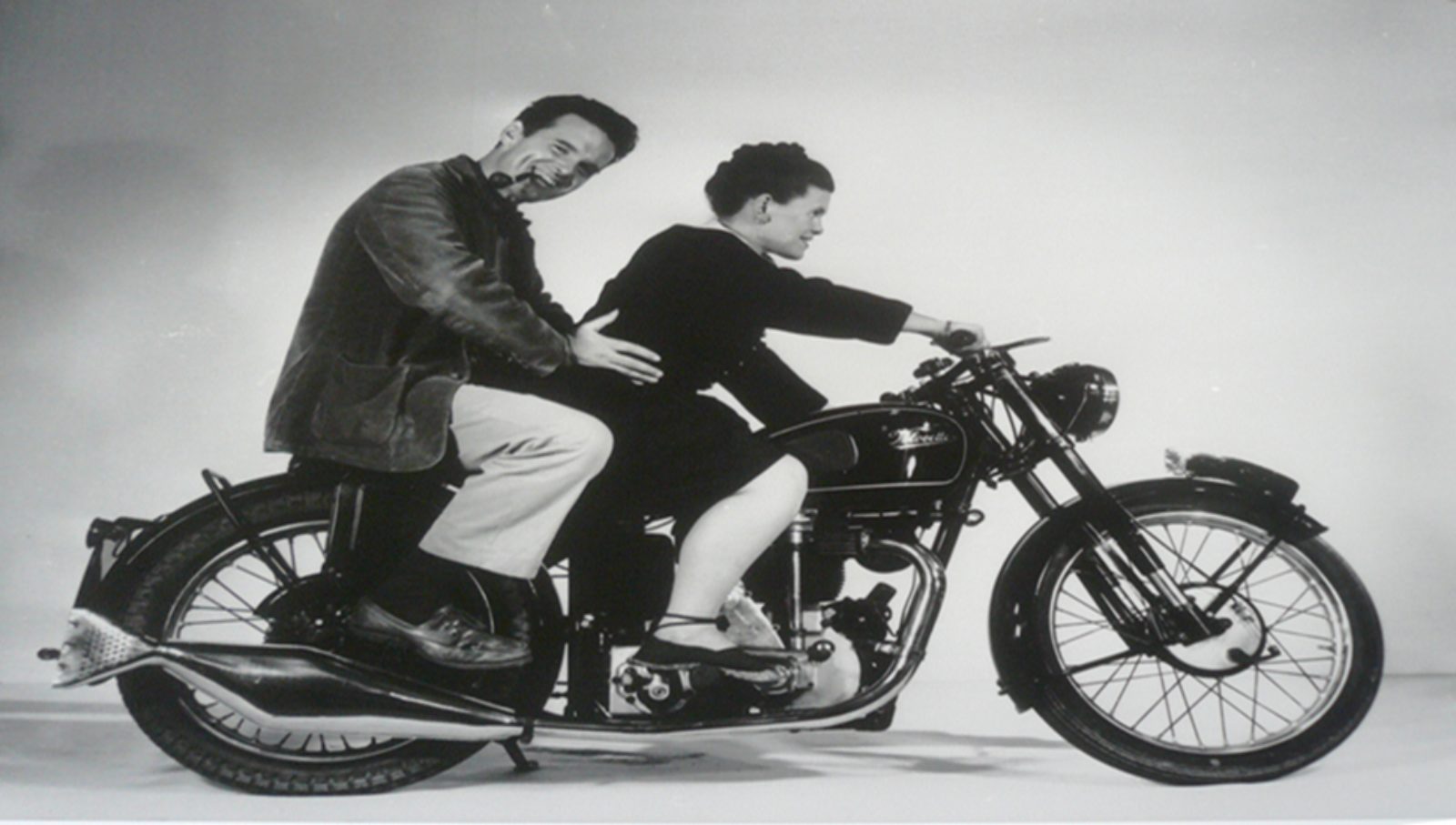 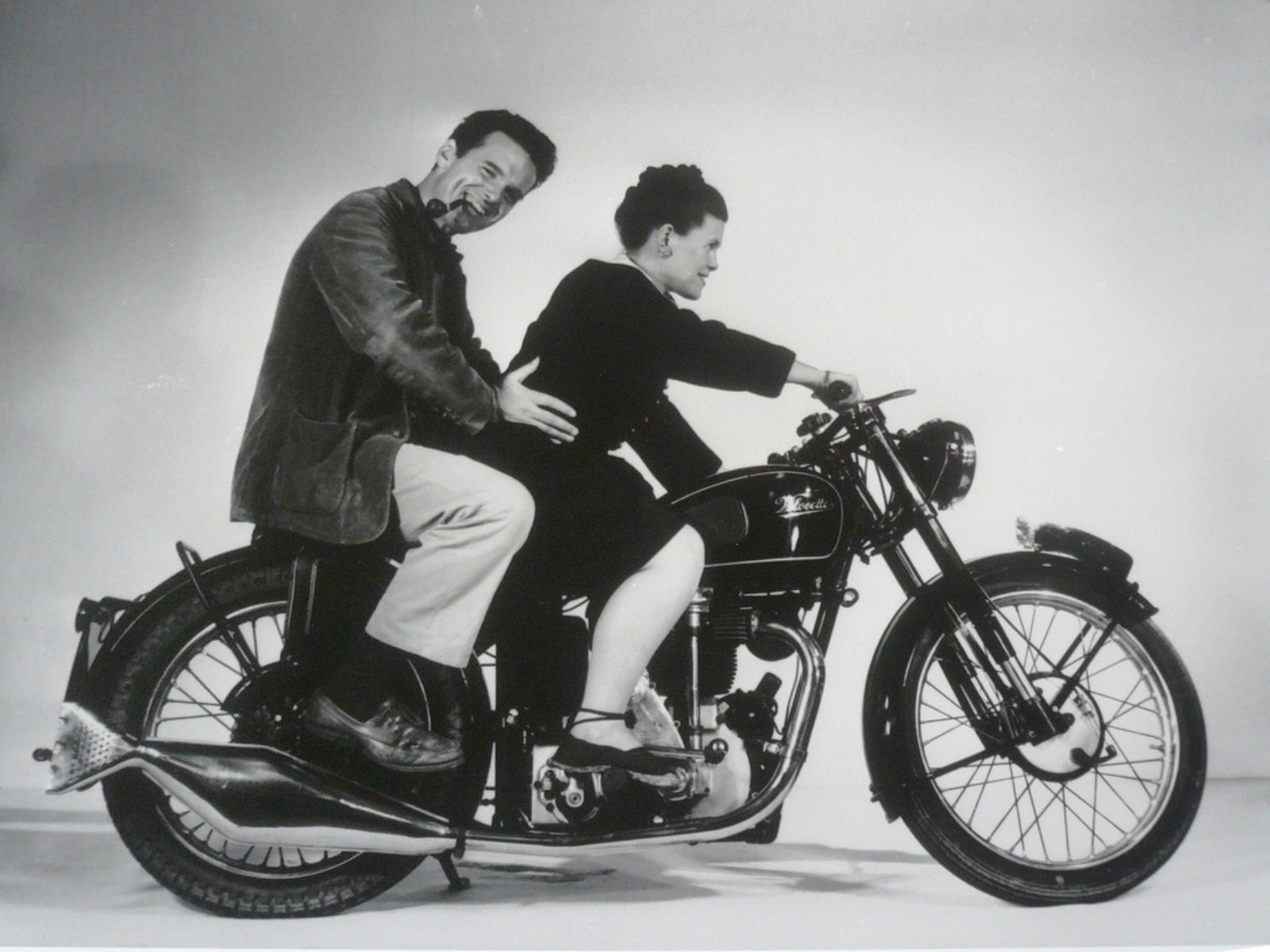 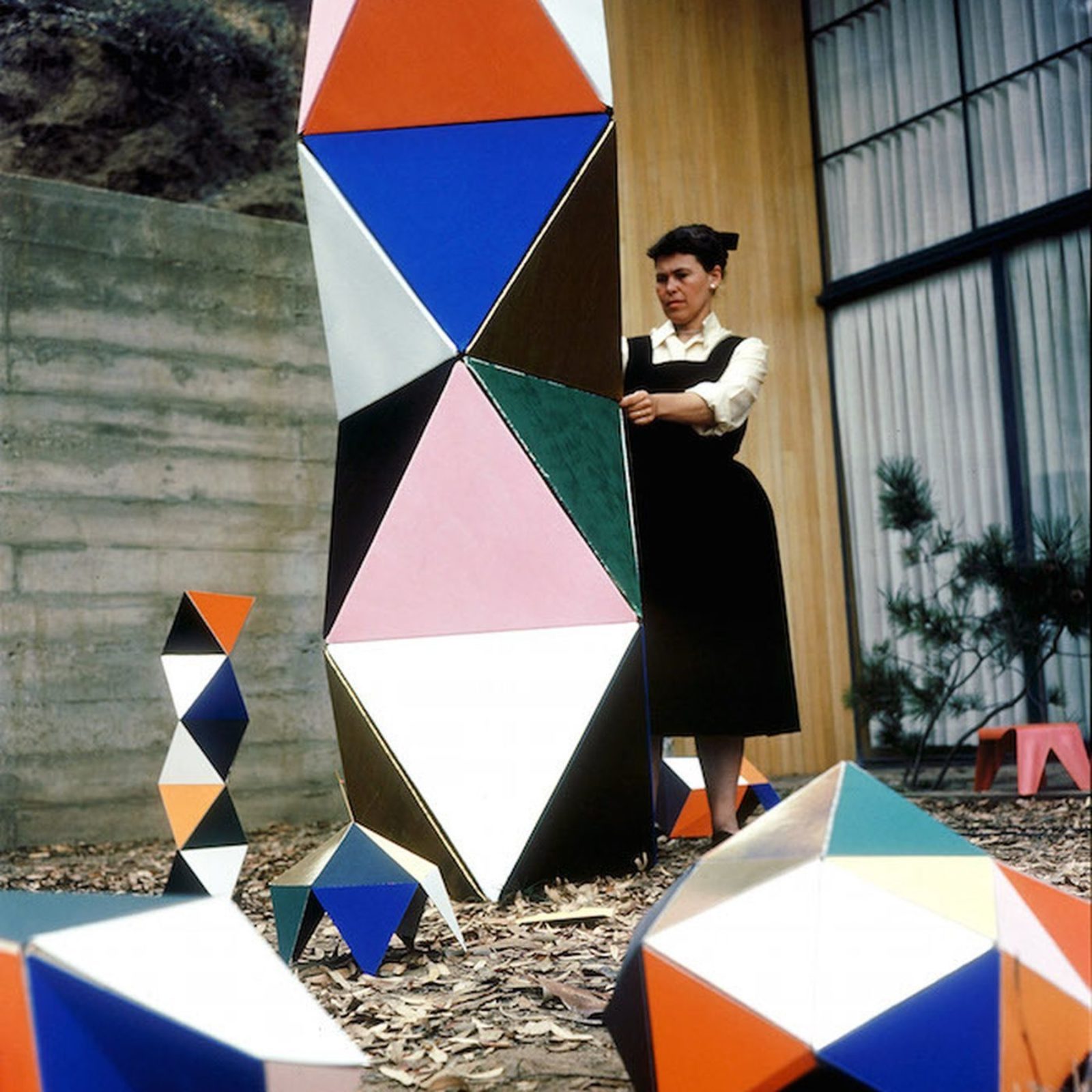 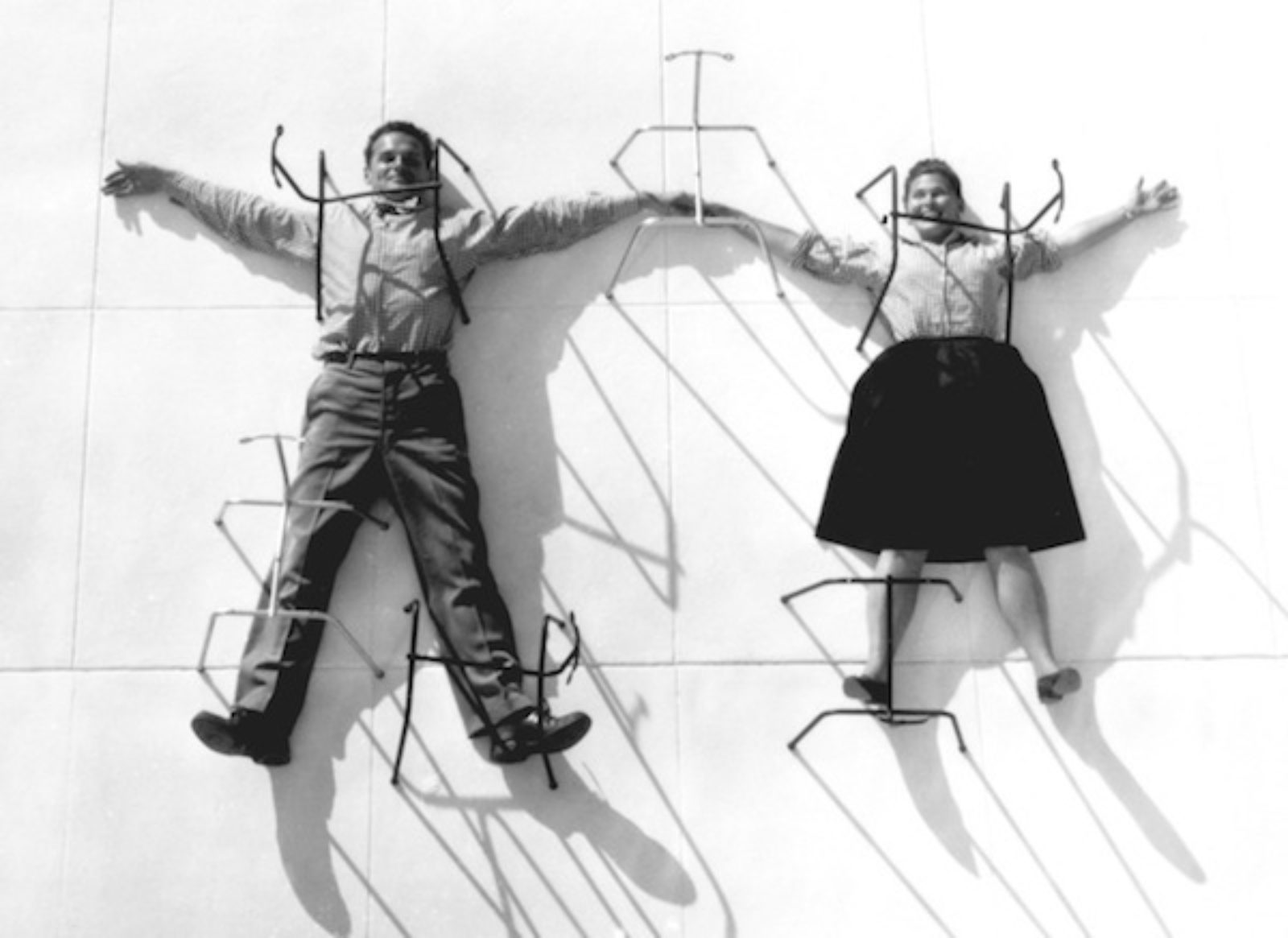 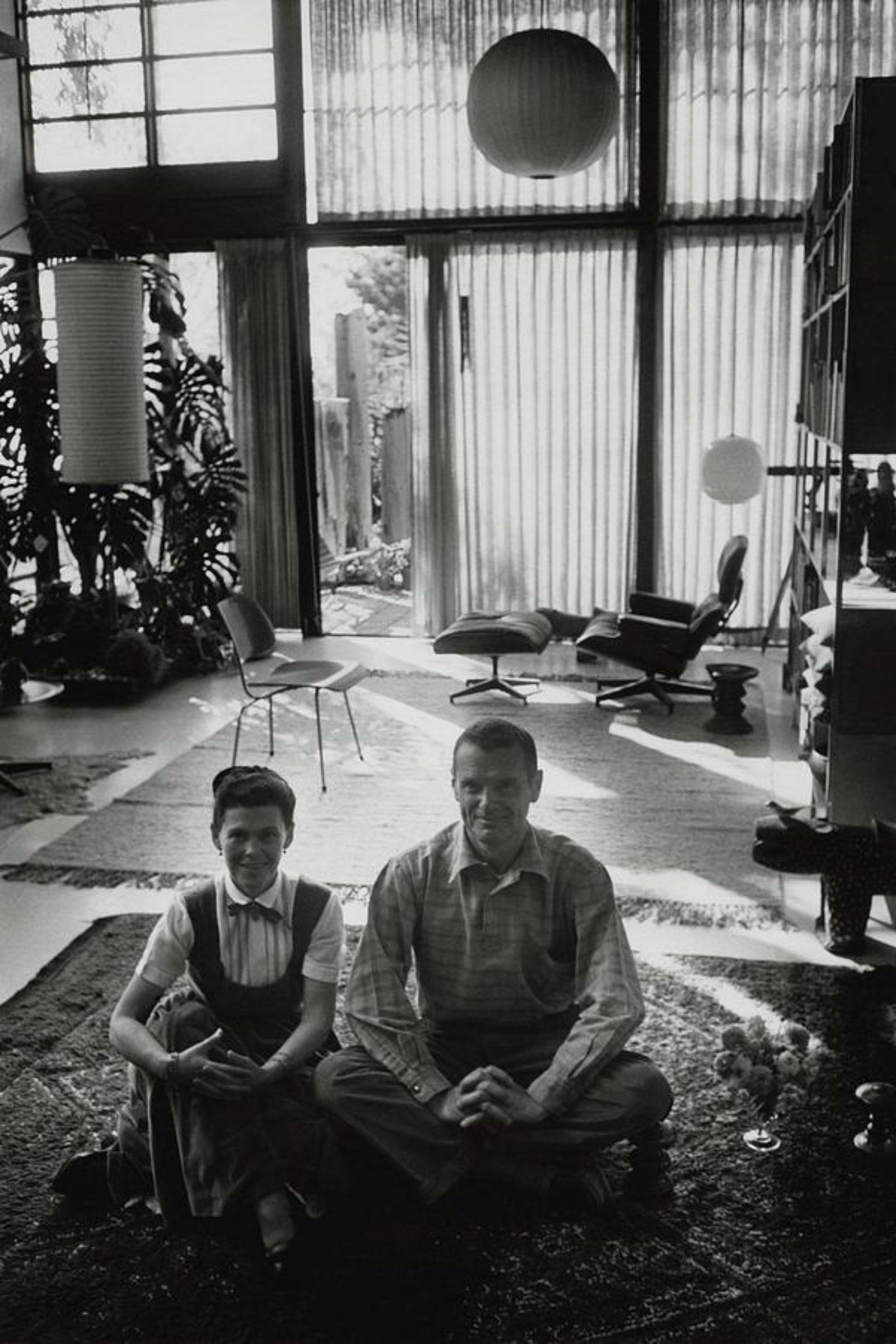 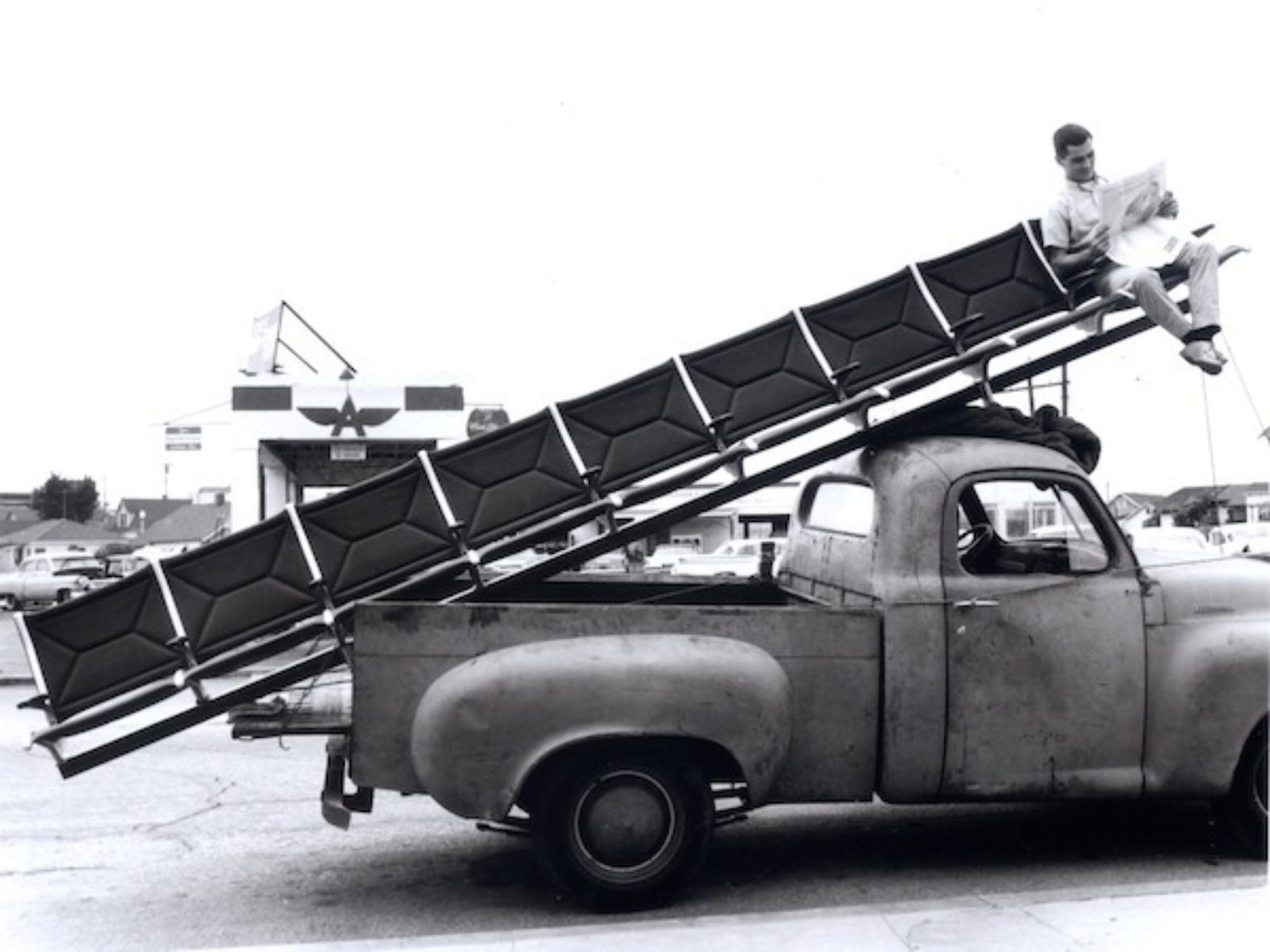 For more than four decades, American designers Charles and Ray Eames helped shape nearly every facet of American life. From their architecture, furniture, and textile designs to their photography and corporate design, the husband-and-wife team exerted a profound influence on the visual character of daily life in America, whether at work or at home. Their pioneering use of new materials and technologies, notably plywood and plastics, transformed the way Americans furnished their homes, introducing functional, affordable, and often highly sculptural objects and furnishings to many middle-class Americans.

The longevity of Charles and Ray Eames career is primarily due to their ever-evolving designs and ideals. Charles and Ray’s work was a manifestation of one broad, all-encompassing goal: to positively impact people’s lives and environments. Whether offering a comfortable chair to sit in or the tools to obtain knowledge, they tried to “. . . get everybody to think in a more analyticly and open way about how things might be different in their lives,” says former staff member Jehane Burns.

In the late 1940's, Charles and Ray began their long-term relationship with Herman Miller and the challenge of mass producing their work. The Eameses adventurously pursued new ideas and forms with a sense of “serious fun.” Yet it was rigorous discipline that allowed them to achieve perfection of form and mastery over materials. As Charles noted about the molded plywood chair, “Yes, it was a flash of inspiration – a kind of 30-year flash.” Combining imagination and thought, art and science, Charles and Ray Eames created some of the most influential expressions of 20th-century design – furniture that remains stylish, fresh and functional today.

The Eameses embraced the era's visionary concept of modern design as an agent of social change, elevating it to a national agenda. Their evolution from furniture designers to cultural ambassadors demonstrated their boundless talents and the overlap of their interests with those of their country. In a rare era of shared objectives, the Eameses partnered with the federal government and the country's top businesses to lead the charge to modernize postwar America. Below are just a few examples of how Ray Charles have impacted not just American Design but the global expansion of American culture.

In 1956, the Eames Lounge Chair and Outtoman made its debut into the market. The Eameses’ modern take on a nineteenth century club chair has not only endured for more than 50 years, it has become one of the most significant furniture designs of the twentieth century—instantly recognizable and enduringly fresh. A version of the Lounge can be found at the Museum of Modern Art in New York.

A design that inspired other furniture elements was the Eames molded plywood chair. It was created by using heat and pressure to mold plywood into organic forms. The Eames office uses the exact process that created the chair to produce tables, lounge chairs, and folding screens to name a few. It is recognized as being the "Best Design of the 20th Century" from Time Magazine.

The Tandem Sling Seating was designed in 1962 and can be found in airports across the world. The design includes a single or double back to back row of Naugahyde seating with aluminum casting and a continuous steel beam support structure. Today, Herman Miller and Eames Office are working together to fully integrate the seating with charging outlets under the seats. Charles would be proud to see his project evolve with modern times to solve everyday problems.

They made sure not to limit themselves to one idea. Charles and Ray created and adapted their designs to not lose relevancy. They didn't hesitate but took action with every design. It is more than a general expression but "It is a method of action," said Charles. They made their mark in manufacturing and architectural designs. Also, the creative designers became one of the few to start implementing sustainable materials in furnishings.

Evolution was top of mind for Charles and Ray Eames. It took constant communication and collaboration to make ideas a reality.

“It’s a dialogue. A huge part of the design process for Charles and Ray involved making things better, so the Eames Office and Herman Miller work together and inherently remain concerned about making improvements on the products as they become necessary," said Eames Demetrios, Eames Office director. Herman Miller and Eames's Office work side by side to realize the Eameses’ mission to become the solution to your problem.

Today, you can capture a real understanding of Ray and Charles designs at their own home, Case Study House 8. Located on a cliff overlooking the ocean in Pacific Palisades, CA. Constructed of steel, the house and adjacent studio were outfitted with a mix of transparent glass and colored panels, the latter specifically placed to provide relief from the sun. The pair also planted a row of eucalyptus trees to deliver shade and better connect the house with the surrounding meadow. Like many of the Case Study Houses, No. 8 was a celebration of indoor-outdoor living, and for the Eameses it became a laboratory for their shared life and work. Now managed by the Eames Foundation and available for tours, the house was declared a National Historic Landmark in 2007. Home to the Eameses for the rest of their lives, it remains much as they left it, furniture and spirited presence included.